As you can guess by the title, week 4 of this year wasn't exactly calm and this week really hasn't been much better--not necessarily bad craziness but the timing of some of it could've been a whole lot better. So far this has been our January for illnesses. We haven't had one in awhile so I guess we were due. Brannon was home sick most of last week except for a few ill attempts at going back to work (get it...ill attempts?? I crack myself up sometimes!). Most of what he wanted to eat came from McDonald's...he hates it any other time. I now think of it as PukeDonald's...can only take so much of that stuff! Since last Monday was Martin Luther King Day, the kids were home for school which added up to some more craziness.  Saturday, we finally got the toilet fixed in the kids' bathroom so we don't have to share with them anymore.  I also got the boys' room cleaned up...FINALLY! They could have been featured on an episode of Hoarders it was so bad. I'm not even going to tell you how much trash I pulled out of there! How hard is it to use a stinking trash can anyway??

Sunday started off deceivingly calm. Caden cooperated when we were getting ready and was fairly calm at church. I was called to be the Assistant Cubmaster for the Cub Scouts and Caden was actually excited about it.  I am too honestly. At first, I thought they had to be kidding but the more I thought about it, the more excited I was.  Colton had an "It's Great to be 8" fireside so he could learn about baptism. He'll be 8 in June...at least he says he will. I don't think there's any way possible he's already that old but he swears he is. And then we get home. The refrigerator decided it's had a long enough life and is now on it's deathbed. We'll put it out of it's misery tonight and tomorrow the new one should get here. I didn't even have to set it on fire like I did the oven (I still stand by my it-was-an-accident story). It'd been nice if it could've gone out a few years ago or even lasted another year or two but it just wasn't meant to be.  We've helped extend it this week by putting a lot of ice bags in there to help keep it cool enough to not ruin the food. And we have a couple of ice chests too. I've been using the freezer too since it's more of a cooler now...it's barely freezing if at all.

The first part of this week was really warm...in the 70's!  I was going to do some photos for some friends but last week kind of caught up to me and I was afraid I was getting sick and then Ali ended up staying home on Tuesday (yes, I'm very aware of my extremely large run-on sentence ;) ). Then Tuesday was stormy and the rest of the week has been cold. I'm so ready for spring!!!

I got last week's Project Life done (again only 2 photos so mostly journaling...have to get better about the photos!). I also finished Digi-in-Deeper from JessicaSprague.com. Here are the layouts... 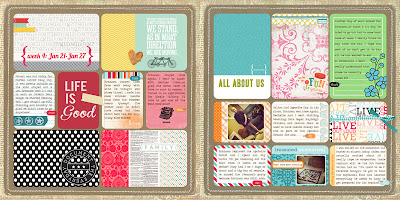 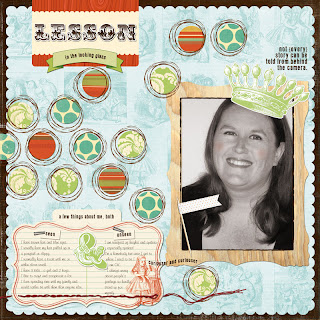 I also got a banner made for Valentine's Day using last week's free shape (I think it was last week) from Silhouette.  I forgot to take a picture of it so I'll try to do that later today. It turned out really cute!

Off to make something else....